Shooting inside the stunning Church of San Nicholas in Valencia 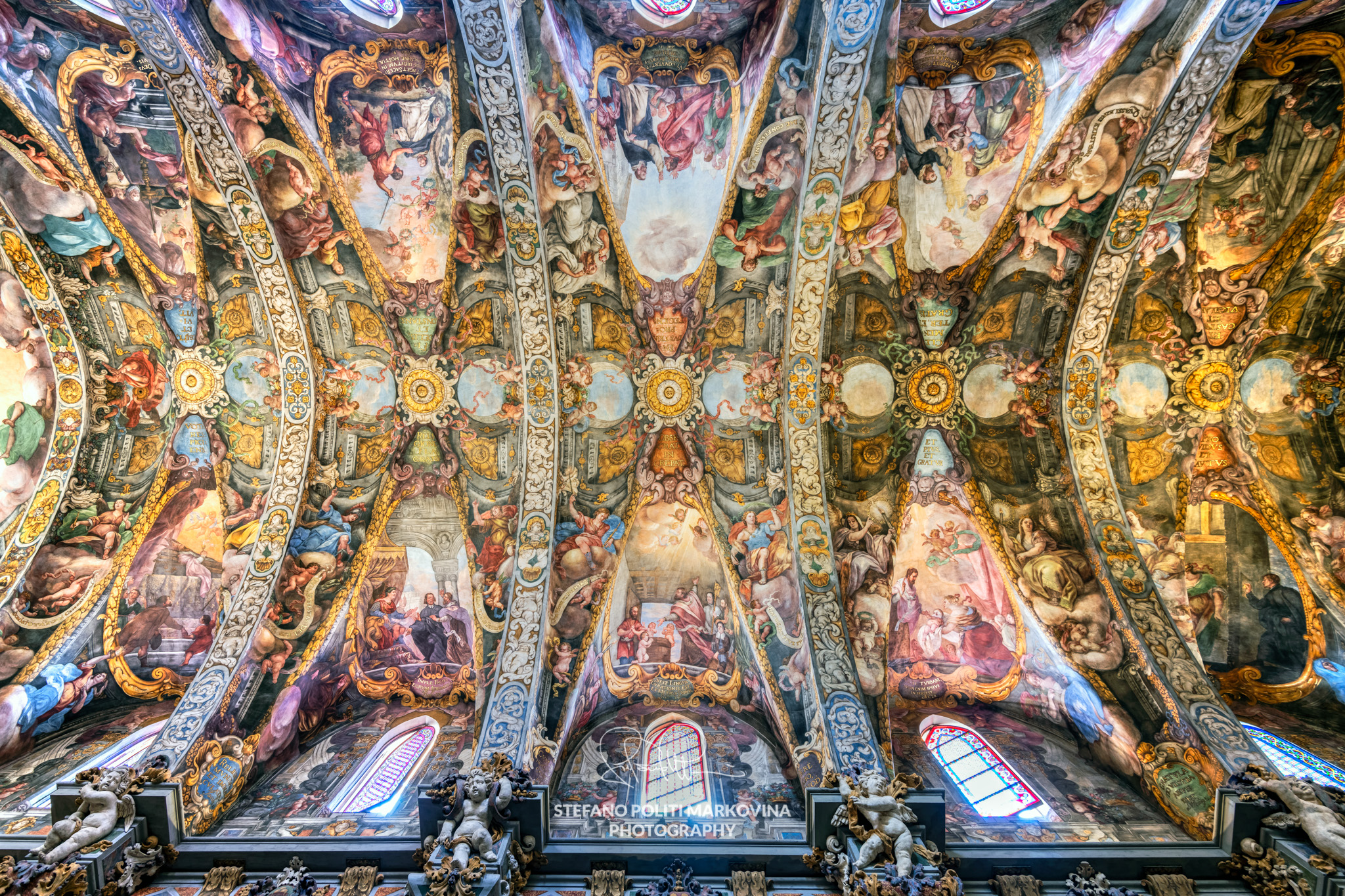 The Church of San Nicholas of Bari and San Peter Martyr (San Nicolás de Bari and San Pedro Mártir) truly is still a hidden gem for most of photographers visiting Valencia. Located in the old town, not far from the beautiful Plaza de la Virgen square, at the end of a small alley very few would notice, this historical church is also known as “Valencia’s Sistine Chapel”. Once you entered inside you’ll understand why. Founded in the 13th century and refurbished about two centuries later in a Valencian Gothic style, the Church of San Nicolás will surprise you with its magnificent ceiling totally painted with stunning colorful scenes from the lives of Saint Nicholas of Bari and Saint Peter Martyr. The ceiling was designed by Antonio Palomino, a Spanish painter of the Baroque period and later completed by Dionis Vidal. The vault’s paintings cover about 2,000 square metres of the whole ceiling and show scenes from the childhood, preaching and miracles of these two patron saints. The latest restoration made just a few years ago brought the paintings of this magnificent ceiling to the light for your enjoy.

An ultra wide-angle lens is highly recommended for including most of the colorful painted ceiling in your image. Being the interior of the church rather dark and the use of any tripod forbidden, you will have to rise the ISO of your camera to 1000 or even higher depending the aperture over the full focal range of your lens. Digital noise can be highly removed easily from the shot images in post production work. I barely managed to shoot with ISO 1000 by using a f/4 ultra wide angle lens. Anyway, I was able to lower ISO down to 200 only and shoot the ceiling. How? I simply placed my Nikon D850 on the ground and shoot the ceiling only by using the self timer. In order to include part of the ceiling and some other parts of the church like the high altar I placed my Nikon on the top of my camera backpack sit on the ground and pointing the camera against the ceiling thanks to the flipping touch screen used to keep the camera up diagonally. Not an easy work but I was happy with the results at the end.

The Church of San Nicholas of Bari and San Peter Martyr is located in Carrer dels Cavallers 35 B in Valencia and it is open daily from 9 AM to 2:30 PM and then from 7 PM to 8 PM. 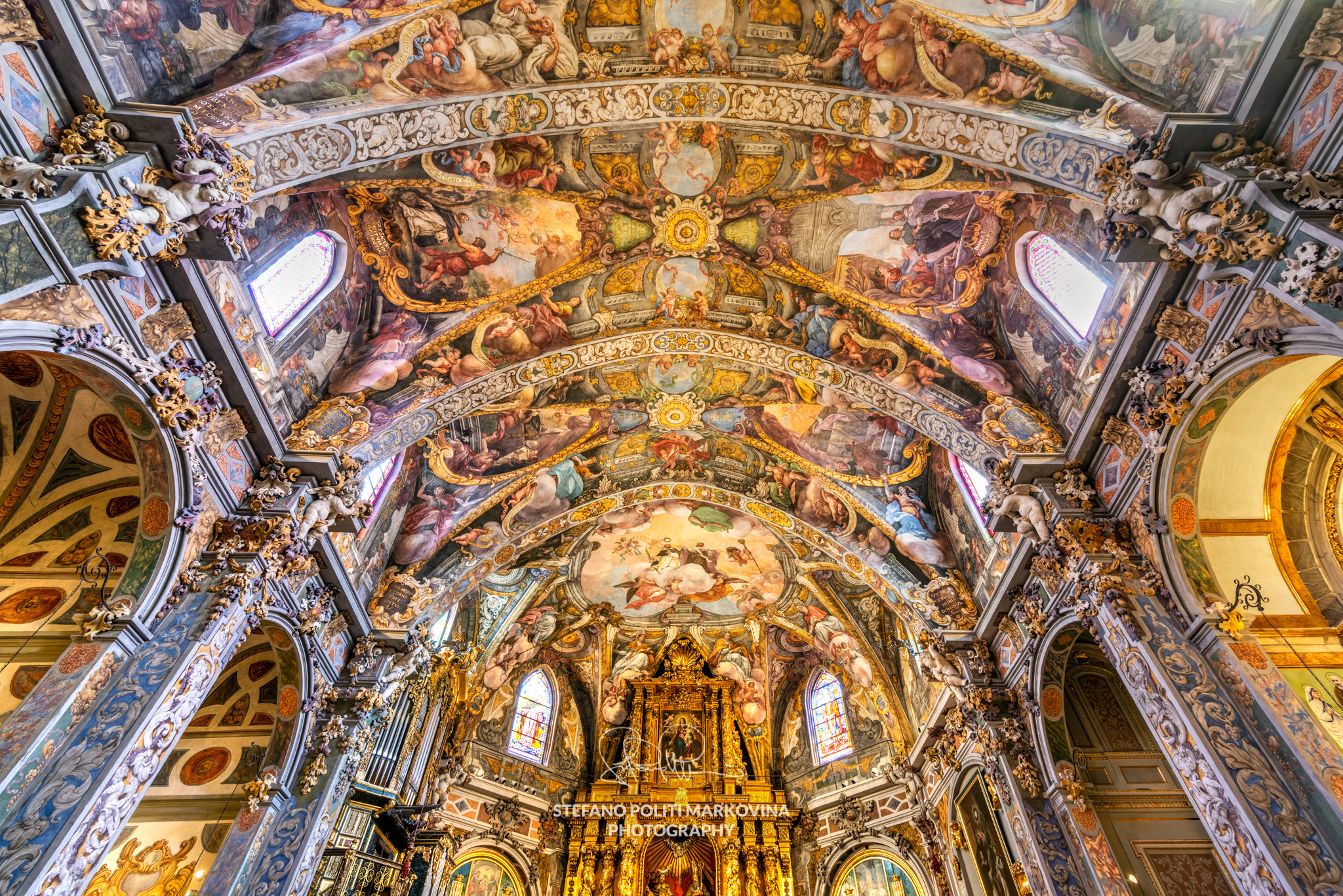